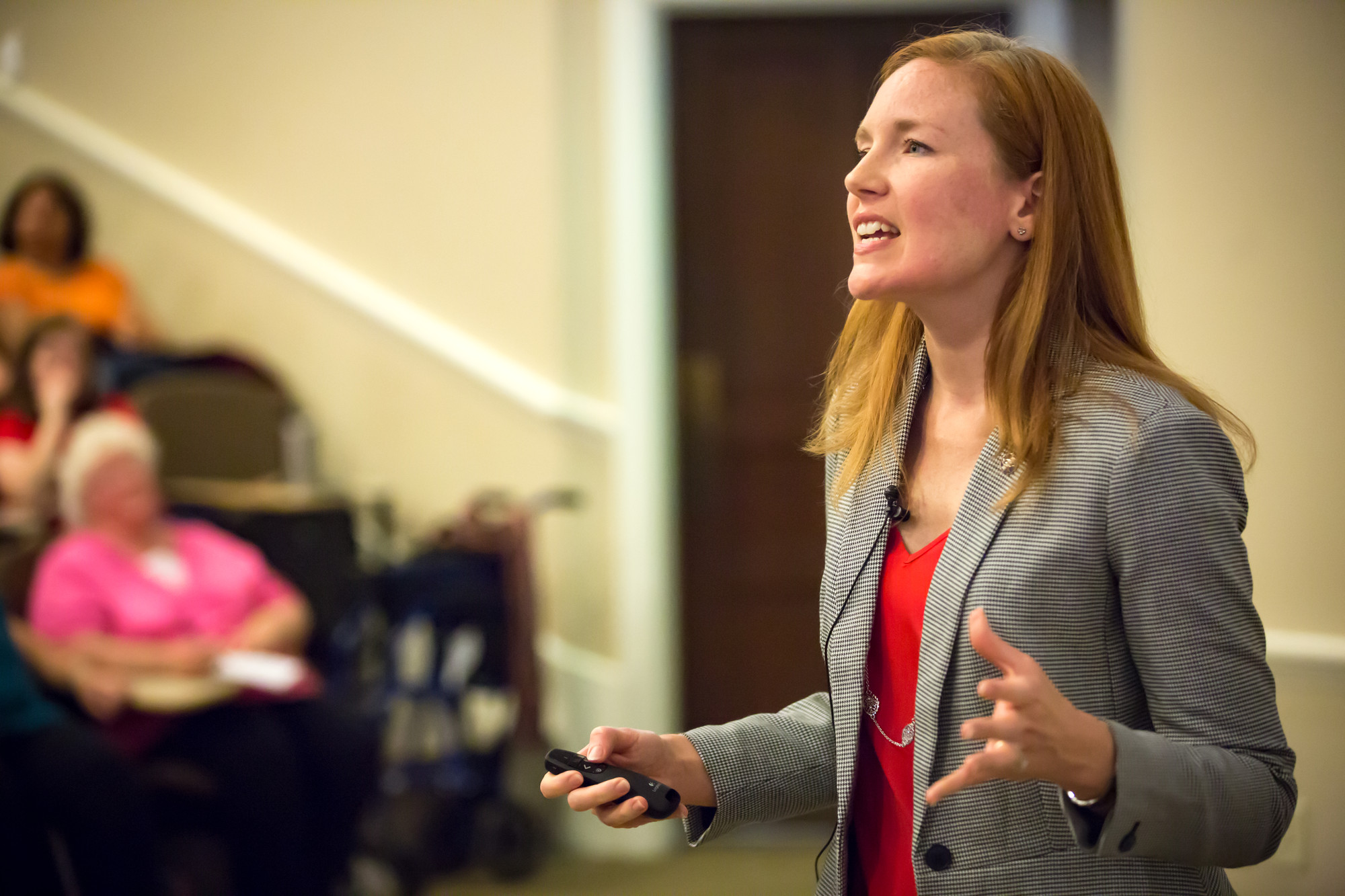 The Webb telescope is scheduled to launch into deep space in 2021. Work on this monumental, 20-year-plus project is at a fever pitch, but in the spring of 2017 Straughn took time to return to campus to share her passion for the stars in an Honors College Invites lecture. It was standing room only in Gearhart Hall Auditorium, and Straughn mesmerized the crowd of students, faculty, staff and families with young children with her big picture take on a very big topic: “Astronomy gets to the heart of our big questions – questions humans have been asking for millennia: ‘Where do we come from? How did we get here? Are we alone?’”

Straughn’s research focuses on how stars and black holes form in distant galaxies and how those processes change over time. Currently she relies on data from the Hubble telescope that NASA launched when she was in fifth grade. The Webb telescope, equipped with a 22-foot-wide mirror – seven times bigger than that of the Hubble – and a sunshield that’s roughly the size of a tennis court, will help answer some of the questions that the Hubble can’t quite get to.

“Telescopes are like time machines – they allow us to look into the past. The Webb telescope will help us find the very first galaxies born after the Big Bang,” she said. “We’ll also be able to study the atmospheres of the nearest exoplanets – planets orbiting other stars – to help search for life in the universe.”

In addition to guiding the engineers working on the Webb Telescope, Straughn is charged with communicating progress on the project. She has addressed audiences of more than 2,000 people at events such as Comic Con and the World Science Festival and has appeared on the Discovery Channel, PBS NOVA, the Science Channel, National Geographic and Late Night with Jimmy Fallon, among others. Her experience showed when she fielded the final question of the evening, when a young child asked, “What would NASA do if you found life on another planet?”

“First of all, confirm – that’s part of the scientific process,” Straughn said. “Then we would tell the world.” She went on to consider the larger question, positing the likelihood that there are other life forms out there, although they are more likely to be microbes rather than “little green men,” and even speculating that statistics favor the possibility of evolved life forms, although contact is unlikely.

“It’s the prospect of surprises – that there’s something out there that answers a question we haven’t even thought of yet – that’s what keeps me going,” she concluded.