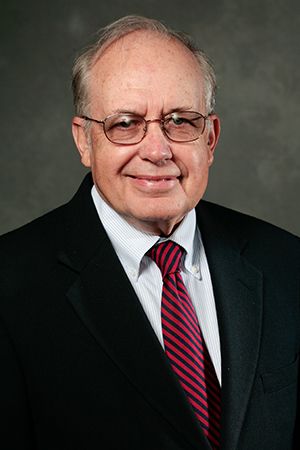 Hoyt Purvis, professor emeritus of journalism, J. William Fulbright College of Arts and Sciences. Hoyt Purvis served as press secretary and special assistant to U.S. Sen. J. William Fulbright and as foreign and defense policy adviser to Senate Majority Leader Robert Byrd before coming to the University of Arkansas in 1982. He has shared his experience in honors colloquia on a variety of topics, focusing in recent years on offering Government, Politics and the Media.

He has mentored 89 honors students to successful completion of their honors theses, on topics ranging from portrayals of male and female athletes in Sports Illustrated to an analysis of the 2002 World Summit on Sustainable Development. He has also served on 257 honors thesis committees while maintaining a full teaching load in journalism. He founded the international relations program and served as its director until 2011. Purvis was chair of the presidentially appointed Fulbright Scholarship Board from 1993-2003.