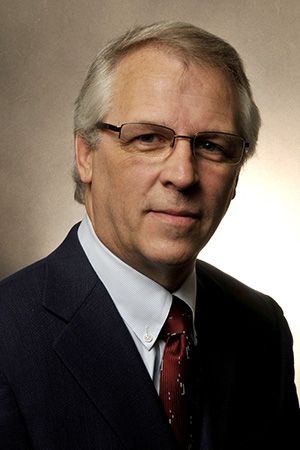 Nick Anthony, professor, poultry breeding and genetics, Dale Bumpers College of Agricultural, Food and Life Sciences. Anthony chaired and managed the committee that led to the development of the honors program in Bumpers College, and served as the program’s first director until 2002.

Anthony has remained active as a member of the Honors Advisory Committee and the College Curriculum Committee, where he has helped to oversee the program’s growth from an initial cohort of about 24 students in 1999 to 191 students enrolled for Fall 2016. Over the past 17 years he has developed and taught a host of honors courses on subjects including debate, ethics and honors project proposal development. In partnership with Gisela Erf, he also received USDA grant funding to develop a course, Laboratory Rotations in Agriculture, that remains part of the honors curriculum. Anthony has mentored two honors student theses and served on eight additional honors committees.

He received the John W. White Award for Outstanding Teaching in 1997 and the Alumni Society Outstanding Advisor in 1999 from Bumpers College. He has also been recognized with the Alpha Zeta Excellence in Teaching Award in 1992, the Teaching Award of Merit, National Association of Colleges and Teachers of Agriculture in 1997 and the Purina Mills Award for Teaching, Poultry Science Association in 1997.