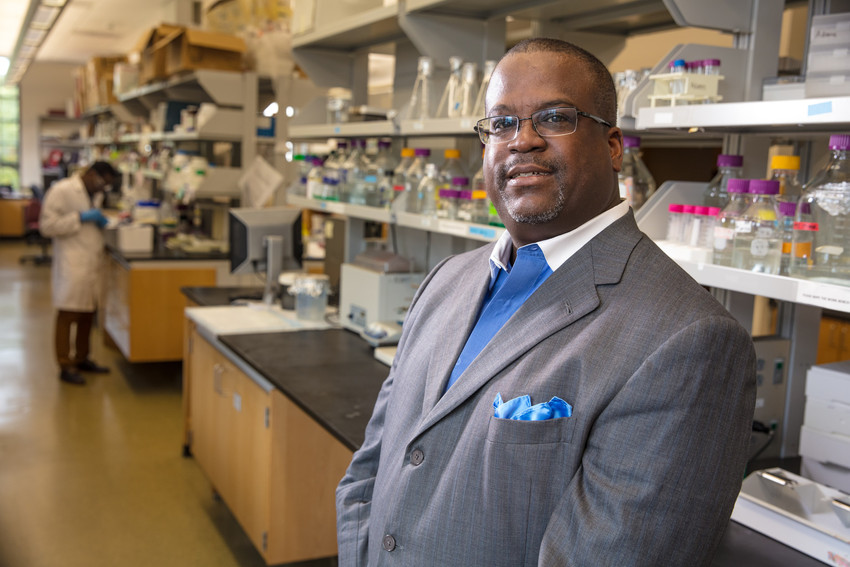 Adams studies Ras-related proteins, which have been identified in nearly one-third of cancer types. His research has focused on identifying potential small molecule drug targets that would alter the Ras proteins that facilitate abnormal cell growth. Adams has mentored more than 50 honors students in his laboratory since arriving at the university in 2007 and has had an honors student co-author a paper published in Biochemistry, listed among the top 100 most influential journals in biology and medicine over the last 100 years.

He estimates that 15 of his students have received SURF and Honors College research grant funding. His greatest joy comes from helping his students master the critical thought process, so that they can use what they’ve learned in the classroom to ask questions that haven’t been asked before.

He has received more than $1.45 million in funding from the National Science Foundation, the National Institutes of Health, the Arkansas Biosciences Institute and the Winthrop P. Rockefeller Cancer Institute at UAMS.

He was selected to receive the 2013 Presidential Award for Excellence in STEM Research and Mentoring by the National Organization for the Professional Advancement of Black Chemists and Chemical Engineers. Adams also received the Lifetime Achievement Award in Research and Teaching from the Northwest Arkansas Democratic Black Caucus in 2015.