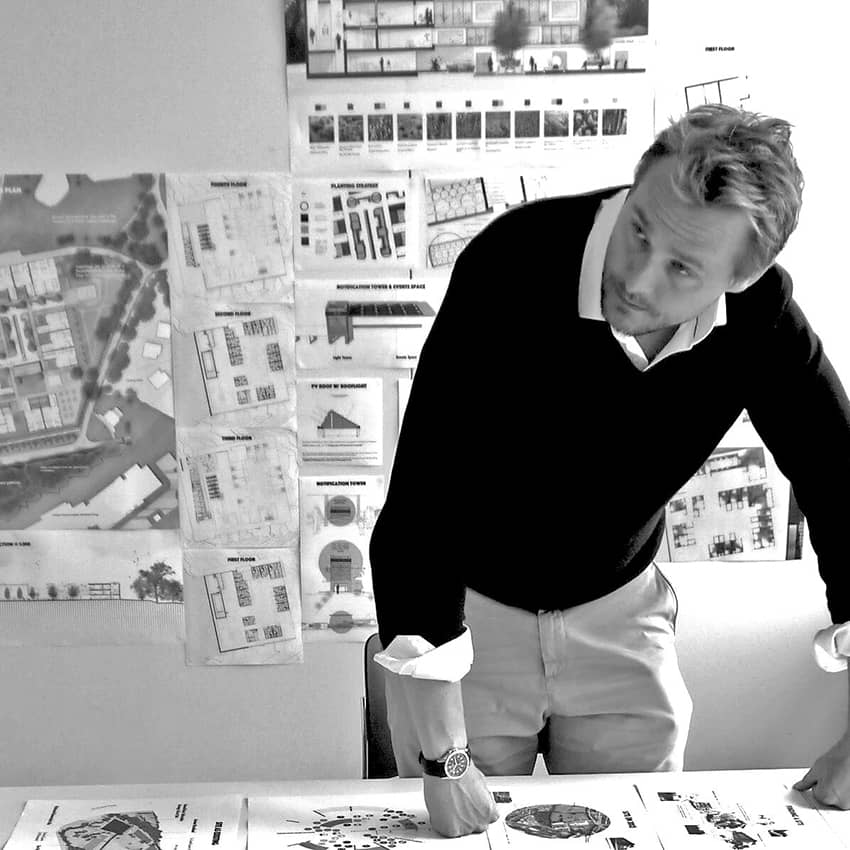 If I weren't teaching, I would be… an illustrator for children's books.

Something most people don't know about me is… that I have a fairly extensive vinyl collection. I'm not too precious about my vinyl, I have them to enjoy, but the rarest gem is probably a blues compilation from Marble Arch Records. It's a collection of established American bluesmen playing with unknown British upstarts, who were emerging at that time – men like Jeff Beck, Eric Clapton, Peter Green, so that's a pretty good record.

My own garden is… a bit of a mess at the moment. I've just moved into a new house a few months ago and I haven't even started work on it. The other landscape architects laugh at this, because it's not uncommon.

25,000 tiny wooden blocks, laid out to scale at 10 units per acre, lined the floor of the sUgAR gallery in Bentonville. Carl Smith's Blockbuster exhibition was an attempt to show the kind of density required to counter the suburban sprawl that threatens the natural beauty of Northwest Arkansas' rolling hills and forests. The blocks, at less than an inch tall, represent single-family homes with their own yard and dedicated parking for two vehicles, in accordance with standard suburban development. Given that a density of four units per acre is a more typical concentration for this area, Smith's exhibition challenged viewers to reconsider their concept of home.

"I was interested in the impact of the number of houses, but also in gauging the reaction of the public to the kind of density that would be required in this region if we are to develop more sustainably," Carl Smith said. The reaction to the model was not positive, generally speaking. "There where some concerns about how livable the density would be, most often from the 45-64 demographic, the baby boomers," said Smith.

In the course of the project, Smith asked the public whether they supported regional sustainability objectives, like the light rail system, protecting the countryside, and reducing service costs. "The reaction to these questions was much more positive, so it seems that the public wants the benefit of compact development, without actually implementing it, " said Smith. This phenomenon is fairly common in the U.S., and has been documented in other studies. "We did find, however, that where the public is aware of the sustainability benefits of compaction, that the support for it is highest. We need to make the public more aware."

One of his honors students, Brandon Doss, is also addressing sustainable growth and development in his undergraduate thesis. He looked specifically at what is being taught in landscape architecture programs in the SEC with relation to sustainability to see if the most current research was filtering into our region's schools.

"Brandon successfully transposed the sustainable sites initiative criteria as it relates to storm water into actual pedagogical objectives," said Smith, "meaning he took the information that he found, which is very vague and broad, and made it something tangible, to show how a teacher might provide that information in the classroom."