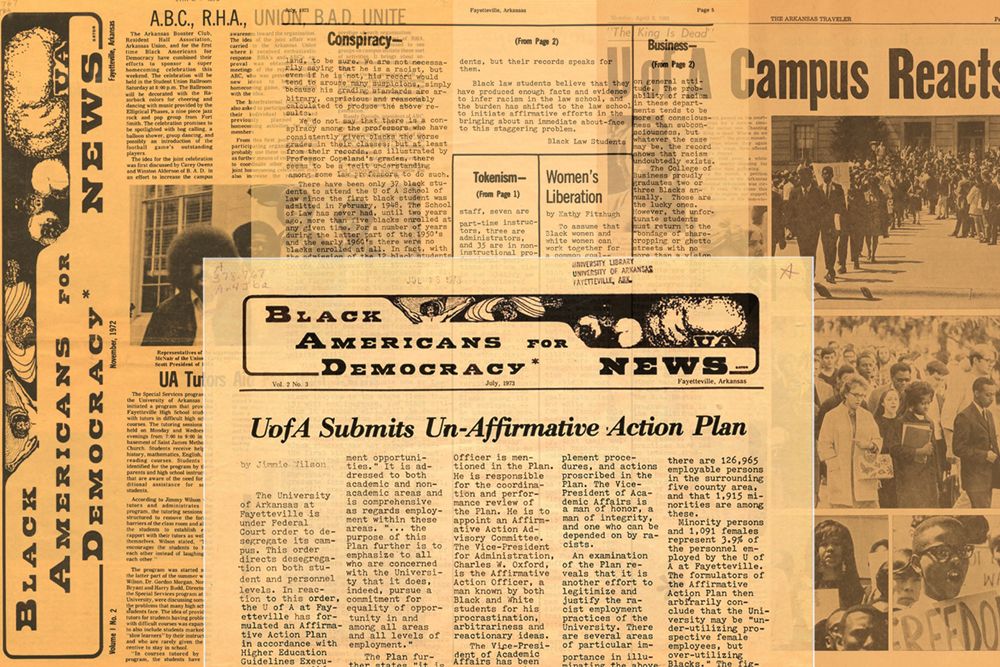 Learn more in this online tour developed by students in this course.

The 1970s were labeled "bad times" at the University of Arkansas. BAD Times was the newspaper of the Black Americans for Democracy (BAD), a student-run organization at the University of Arkansas in the late '60s and early '70s. Founded to increase black awareness and to protest the lack of inclusion and empowerment on the campus, the organization aggressively pursued change, mirroring the intensity of the national Black Power movement.  BAD produced a lengthy series of firsts, including the first black sororities and fraternities, the first black cheerleaders and the first black yearbook editor.  The group dramatically changed life on campus through persistent activism, including a number of disruptive protests.  BAD consistently pushed the university to increase the numbers of black students, faculty and administrators and to develop a Black Studies program.  In 1979, BAD changed its name to Students Taking a New Dimension (STAND), reflecting the turn to a conservative mood both on campus and the in national movement.

This Honors College Forum invites students to re-navigate the familiar terrain of the U of A campus through the lived experience of the membership of BAD. In so doing, the forum asks—and answers—four essential questions:

Bad Times will feature guest appearances by original members of the organization as well as other prominent African American alumni, faculty and administrators. 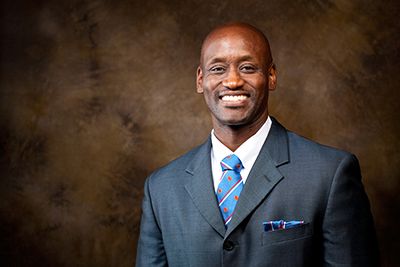